Today the High Court found in the case of R (Joint Council for the Welfare of Immigrants) v Secretary of State for the Home Department [2019] EWHC 452 (Admin) that the government’s Right to Rent scheme causes racial discrimination in breach of the European Convention on Human Rights.

The Joint Council for the Welfare of Immigrants, which took the case, had a mountain to climb. The judge recognised the seriousness of the issues and the allegations:

Would-be migrants seek to come to this country because of, among other things, their perception that we live in a fair, free and democratic society founded upon the rule of law, a society where they will not be persecuted but allowed to flourish. Lord Nicholls of Birkenhead, in Ghaidan v Godin-Mondoza [2004] 2 AC 557, movingly articulated why discrimination is anathema to all that we hold precious in our society:

“Discrimination is an insidious practice. Discriminatory law undermines the rule of law because it is the antithesis of fairness. It brings the law into disrepute. It breeds resentment. It fosters an inequality of outlook which is demeaning alike to those unfairly benefited and those unfairly prejudiced. Of course all law, civil and criminal, has to draw distinctions. One type of conduct, or one factual situation, attracts one legal consequence, another type of conduct or situation attracts a different legal consequence. To be acceptable these distinctions should have a rational and fair basis. Like cases should be treated alike, unlike cases should not be treated alike. The circumstances which justify two cases being regarded as unlike, and therefore requiring or susceptible of different treatment, are infinite. In many circumstances opinions can differ on whether a suggested ground of distinction justifies a difference in legal treatment. But there are certain grounds of factual difference which by common accord are not acceptable, without more, as a basis for different legal treatment. Differences of race or sex or religion are obvious examples. Sexual orientation is another. This has been clearly recognised by the European Court of Human Rights: see, for instance, Fretté v France [2003] 2 FLR 9, 23, para 32. Unless some good reason can be shown, differences such as these do not justify differences in treatment. Unless good reason exists, differences in legal treatment based on grounds such as these are properly stigmatised as discriminatory.”

For legislation to be castigated as discriminatory is therefore a serious accusation, and is to be treated seriously by any court before which such an accusation is made.

There was a huge amount of evidence presented by the claimants and interveners to show that the effect of the Right to Rent scheme is discriminatory. Yet the Home Office failed to test for nationality discrimination at all in the pilot and was carrying out zero monitoring of the scheme.

In conclusion, I was struck by the consistency of the evidence from the various different sources including the JCWI, Shelter, Crisis, the RLA, the report by the independent Chief Inspector of Borders and Immigration and so forth. It is a short step to conclude that such discrimination is as a result of the Scheme when the landlords say so and when it is logical for them so to act for the reasons cogently set out by Mr Bates on behalf of the RLA. The extent of the discrimination is such that it is a short further step to conclude that this is having a real effect on the ability of those in the discriminated classes to obtain accommodation, either because they cannot get such accommodation at all or because it is taking significantly longer for them to secure accommodation.

It is worth thinking about the evidence researched and compiled by the claimants and interveners. They set out extensive and well argued reasons why we would expect the scheme to be discriminatory. They then commissioned careful research, including an email “mystery shopper” experiment showing that there was no discrimination on the basis of race where the person held a British passport, but there was discrimination against foreign sounding names where a passport was not held. They also set out extensive survey evidence from landlords where the landlords themselves said they would discriminate where a passport was not held.

This was a very comprehensive evidence base, particularly compared to the extremely limited efforts by the Home Office.

In my judgment, the answer to this issue lies in the findings I have already made in relation to causation. It is my view that the Scheme introduced by the Government does not merely provide the occasion or opportunity for private landlords to discriminate but causes them to do so where otherwise they would not. The State has imposed a scheme of sanctions and penalties for landlords who contravene their obligations and, as demonstrated, landlords have reacted in a logical and wholly predictable way. The safeguards used by the Government to avoid discrimination, namely online guidance, telephone advice and codes of conduct and practice, have proved ineffective. In my judgment, in those circumstances, the Government cannot wash its hands of responsibility for the discrimination which is taking place by asserting that such discrimination is carried out by landlords acting contrary to the intention of the Scheme.

The judge also concluded that the government had not even come close to justifying the scheme. He assumed and hoped that MPs who voted in favour would be aghast at the effects of the law they enacted

… I have come to the firm conclusion that the Defendant has failed to justify the Scheme, indeed it has not come close to doing so. On the basis that the first question for the court to decide is whether Parliament’s policy, accorded all due respect, is manifestly without reasonable foundation, I so find. On that basis, there is no balancing of competing interests to be performed.

However, even if I am wrong about that, I would conclude that, in the circumstances of this case, Parliament’s policy has been outweighed by its potential for race discrimination. As I have found, the measures have a disproportionately discriminatory effect and I would assume and hope that those legislators who voted in favour of the Scheme would be aghast to learn of its discriminatory effect…

The judge ends by declaring the whole Right to Rent scheme incompatible with the Human Rights Act 1998 and declaring that extending the scheme from England to the rest of the UK would be irrational and unlawful.

I was pleased to play a walk-on part on the case, with the judgment citing at paragraph 122 my article showing a general decline in immigration enforcement activity as evidence that the government has no system for evaluating the effectiveness of Right to Rent. It is striking that the government criticises the claimant’s evidence on discrimination but carried out virtually no research of its own. This is massively irresponsible policy making — and the outcome a fantastic result for JCWI. Congratulations to all involved.

No comments yet Categories: KRH projects
← Don’t forget about Article 8 in asylum cases
Trustee with Experience/Knowledge of Accounts and Finance needed → 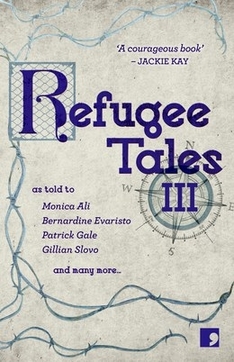 With nationalism and the far right on the rise across Europe and North America, there has never been a more important moment to face up to what we, in Britain, are doing to those who seek sanctuary. Still the UK detains people indefinitely under immigration rules. Bail hearings go unrecorded, people are picked up without notice, individuals feel abandoned in detention centres with no way of knowing when they will be released.

In Refugee Tales III we read the stories of people who have been through this process, many of whom have yet to see their cases resolved and who live in fear that at any moment they might be detained again. Poets, novelists and writers have once again collaborated with people who have experienced detention, their tales appearing alongside first-hand accounts by people who themselves have been detained. What we hear in these stories are the realities of the hostile environment, the human costs of a system that disregards rights, that denies freedoms and suspends lives.

You can order the book here.

This website uses cookies to improve your experience while you navigate through the website. Out of these, the cookies that are categorized as necessary are stored on your browser as they are essential for the working of basic functionalities of the website. We also use third-party cookies that help us analyze and understand how you use this website. These cookies will be stored in your browser only with your consent. You also have the option to opt-out of these cookies. But opting out of some of these cookies may affect your browsing experience.
Necessary Always Enabled

Any cookies that may not be particularly necessary for the website to function and is used specifically to collect user personal data via analytics, ads, other embedded contents are termed as non-necessary cookies. It is mandatory to procure user consent prior to running these cookies on your website.