This judgment has found the Home Office’s bail accommodation policies and its practices to be individually and systemically unlawful. The pattern of illegality includes: failing to have a procedure under which people can apply for bail accommodation; failing to implement or apply its own published policies; the application of a secret policy to only grant accommodation where a ‘high risk’ of harm exists (contrary to its published policy); the failure to allow itself the discretion to decide what may be an exceptional circumstance which would allow for the provision of bail accommodation; the failure to invite submissions or representations; the failure to consider submissions or representations where these have been made; the delays in considering applications; the delays in allocating bail accommodation where it was agreed this should be provided; the failure to consider the conditions of inhuman or degrading treatment a person may face if bailed to the streets with no recourse to accommodation or support; and the fact that these issues, and many more errors, formed part of a pattern “due to a failing in the system”.

Since the introduction of Schedule 10, BID has repeatedly drawn attention to the absence of a formal process to allow people in immigration detention to apply for bail accommodation based on so-called “exceptional circumstances”. The Home Office’s failure to deal with this has meant that large numbers of people granted bail in principle by the courts have remained in detention for weeks and often months when they should have been released. All those affected should now consider making a claim for their past or current unlawful detention.

The system has been broken from the outset and has caused untold suffering to people held in detention. The distress and sense of injustice experienced by our clients when granted bail by the court only to be forced to remain in detention because of a dysfunctional accommodation system is unacceptable and unnecessary. The Home Office needs to act with urgency to ensure that people detained unlawfully, because of the lack of bail accommodation are now released. Of 163 BID cases heard by the First-tier Tribunal between 23 March 2020 and 28 August, 147 people were granted bail of which 75 (51%) were granted bail in principle. 20 of our clients are still detained despite having been granted bail in principle. They should be immediately granted accommodation and released on bail. 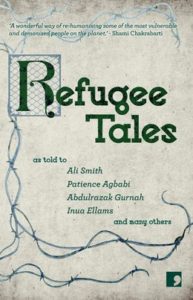